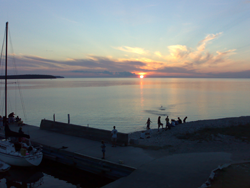 All living things derive their energy from the sun, and none can live without water. The balance between sun and water defines what is possible for a plant. 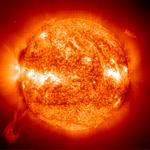 We're proud to offer our "take" from the UW Space Science insolation model, which estimates insolation at the surface by comparing each pixel of a satellite image with one taken when no clouds are present. This model, which has undergone over a decade of rigorous quality control and continual improvement, offers a remarkably good fit to data obtained from ground instruments.

Daily solar energy amounts are estimated using data in the visible portion of the spectrum which come from the Geostationary Operational Environmental Satellites (GOES). Simple physical models of radiative transfer for the clear and cloudy atmosphere are used with these data to evaluate whether a particular location is cloudy or clear and, if cloudy, to what extent clouds have depleted the solar beam. Usually, about eight to twelve individual GOES images are used during the course of a day to make estimates of the solar energy at the satellite image times. These instantaneous estimates are later summed to produce the daily solar energy totals.

Daily and hourly insolation data for the previous day can be downloaded from the Space Science and Engineering Center’s anonymous ftp site at prodserv1.ssec.wisc.edu. The insolation files are in the directory insolation_high_res. 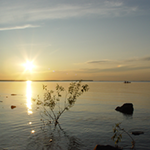 Maps of potential evapotranspiration (ET) are calculated from satellite-derived measurements of solar radiation and average air temperatures. The ET values on the maps are a reasonable estimate of daily crop water use for most crops that have reached at least 80% coverage of the ground. Prior to 80% or greater coverage, ET will be a fraction of the map value in proportion to the amount of coverage. The map values may vary slightly from ET estimates from AWON and other more site-specific models, but these differences are believed to be within the uncertainty of even measurements of actual water use made directly in a given field. 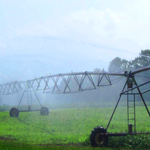 Theory behind the models: